Smash and blast pumpkins and monsters in this fun Halloween-ny 3D arcade game sequel. Your task is to aim and shoot at pumpkins with baseballs. Aim for a spectacular chain-reactions of exploding pumpkins! Just swipe to smash and crush the pumpkins into pieces. The simple touch-interface is specifically designed for mobile.

Just swipe to aim and smash the pumpkins!

The game contains 60-plus levels across multiple 3D environments ranging from backyard, cemetery, castle ruins, rainy valley and more. The spooky but colorful Halloween theme is accompanied by special effects such as fog, rain, torch-fire, and mysterious critters. Variety of ambient audio lets you hear the splats of pumpkins, ambient sound of rain and winds, crickets and monsters. 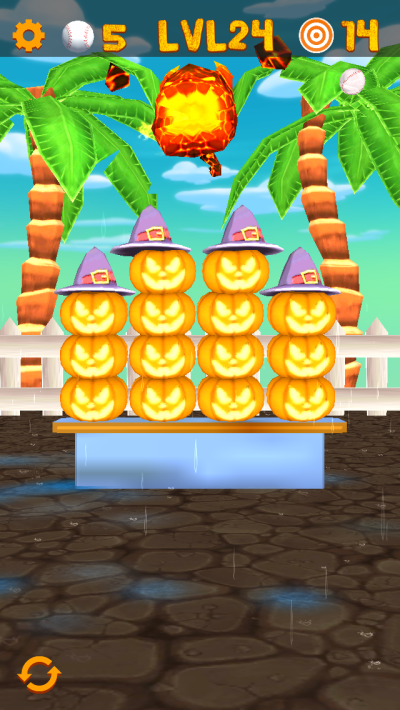 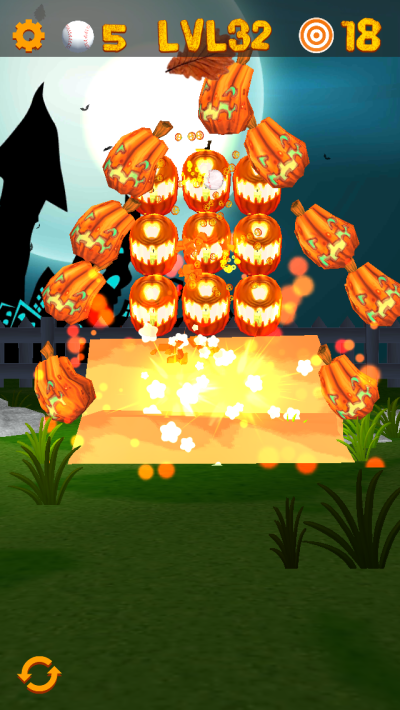 It’s unlike other games you have experienced and it’s not as easy as it sounds. You need to plan strategically to maximize chain-reactions. Which targets do I knockdown first? Get ready to swipe and smash some pumpkins! 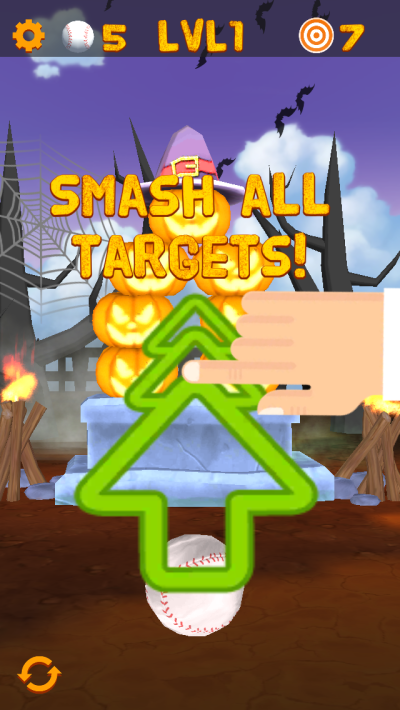 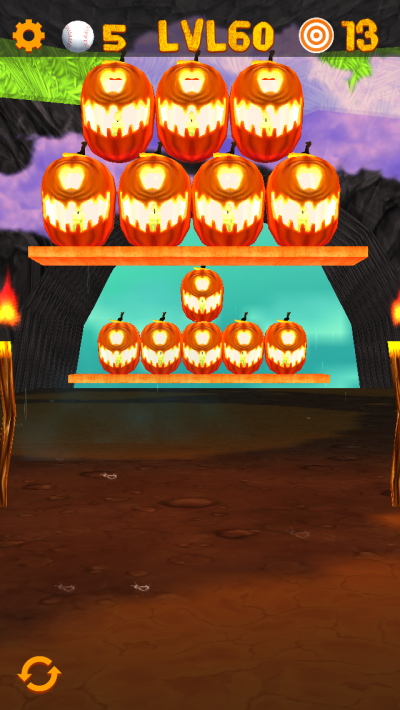 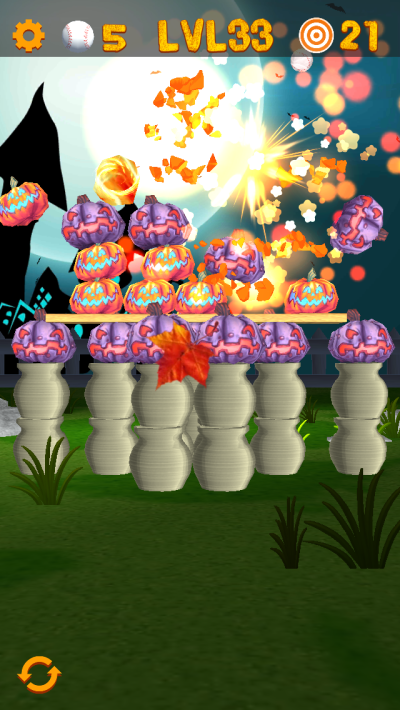 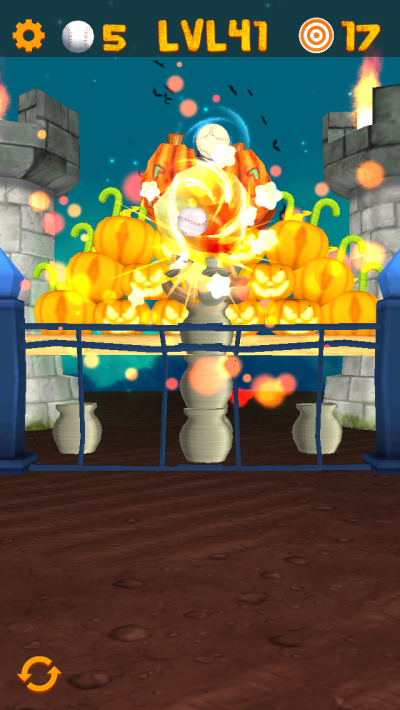 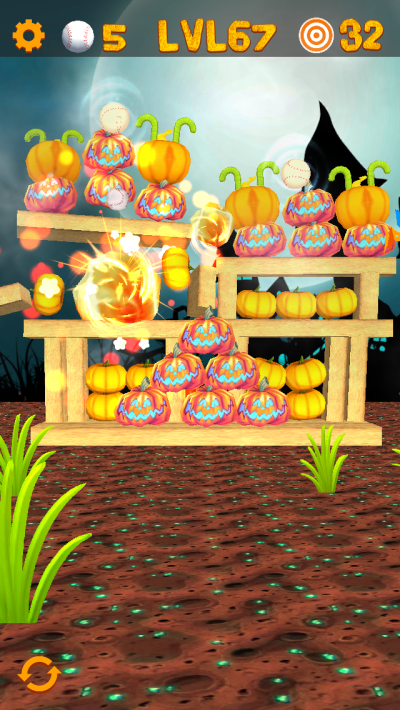 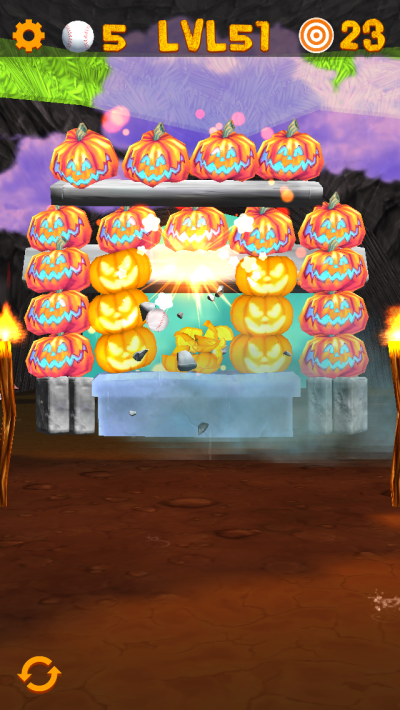 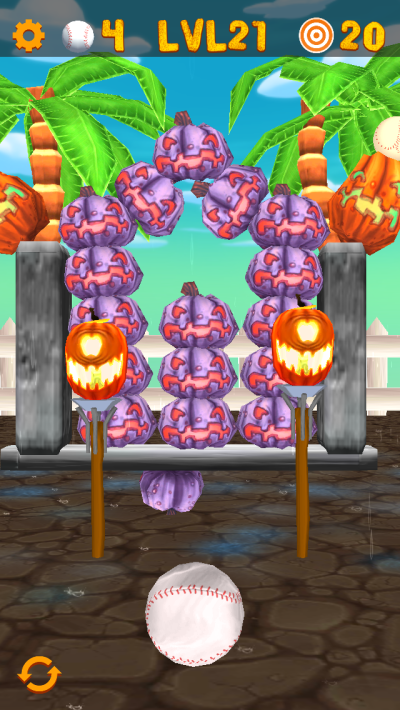 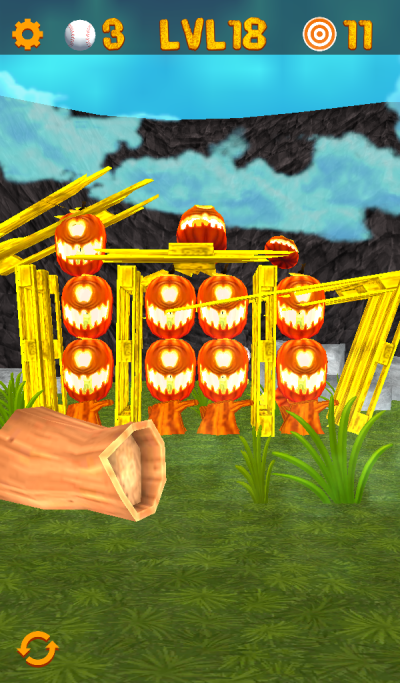