Knockdown pumpkins with tennis balls in this fun smashing game. Many levels!

A fun “smashing-things” game with Halloween theme. Your task in the game is to knockdown all the pumpkins in various formations with a limited number of tennis balls. Just swipe to aim to the pumpkins and watch them hit the pumpkins in spectacular destruction. 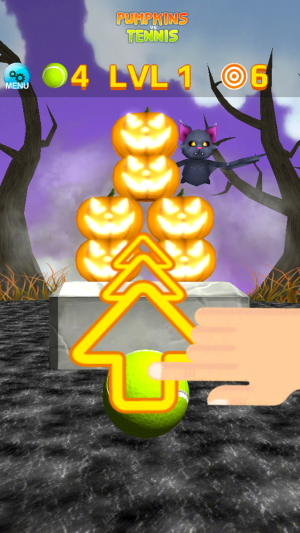 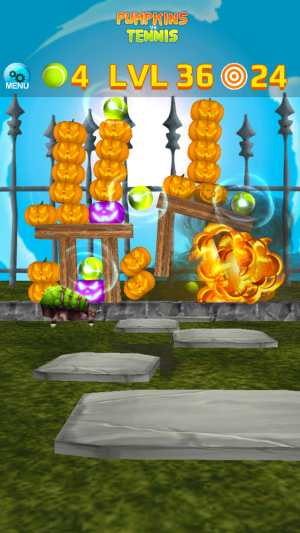 Discover special effects, such as extra balls and destructive pumpkins that blasts other pumpkins around it, mist and fog effect, and more. The game is powered by a fun physic engine which makes things behave in semi-realistic ways. Conquer 3 different environments which basically means lots of pumpkin smashing mayhem. 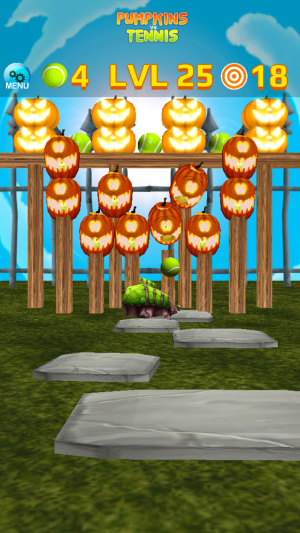 So if you’re looking for something fun this Halloween season, try the game that pits pumpkins against tennis balls. Great for quick plays, during wait or short breaks. 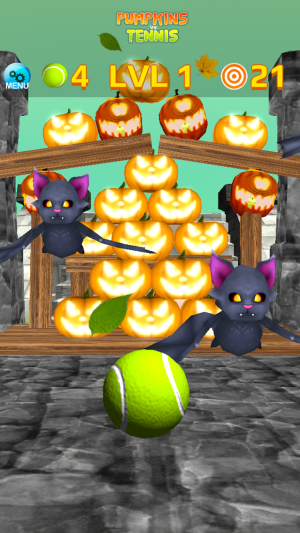